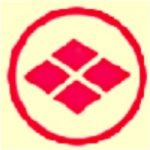 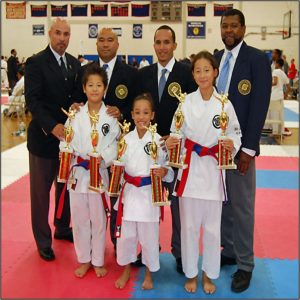 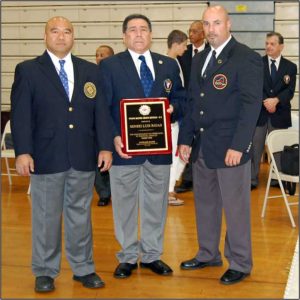 The Shotojuku dojo attended the 14th annual traditional karate-do championships aka as the New York Open, held by Shihan Cleveland Baxter in Valhalla New York on October 12, 2008. Many USANKF and NYTKL members were in attendance. This year, Sensei Ramon Hiraldo of the New York RSO was the chief referee that ran the show for Shihan Baxter. The NY referee association was in full force and the tournament ran like Sensei Hiraldo’s event.

The Shotojuku and the ISF association was in full support of Shihan Baxter, a friend of our association for many years. World renowned Karate and Kobudo expert, Master Toshihiro Oshiro from California was in attendance and gave us valuable information on how to perform proper karate techniques.

Our students had a great time and we look forward to attending Shihan Baxter’s 2009 tournament!

Shihan Cleveland Baxter’s annual event was attended by many world class Senseis and referees.
Athletes came from the United States, Canada and Turkey.

Our Karate Federation was well represented and everyone came home with a great deal of experience and awards. Senseis Rojas, Clemons, Soto and Concepcion help out all day with the competition.

Our students had a great time and we look forward to attending Shihan Baxter’s 2008 tournament!

We had a great time at Sensei Cleveland Baxter’s annual tournament. The event was attended by athletes from the United States and Canada. Our Karate Federation was well represented and came home with a great deal of experience and many of the awards.

All the competitors had a great learning experience and we look forward to attending Sensei Baxter’s 2007 tournament!