Initially, Lara wanted to be a prima ballerina, typically, as little girls do; however, her father was a huge fan and student of Martial Arts since his teen years. Day after day, she asked him to take her to a ballet school and day after day her father asked her, “Why do you want to learn ballet? If someone picks on you in school, what are you going to do? TWIRL around them?!! Why don’t you try Karate?” This, consistently, for a whole year, left her unsatisfied and continuously responded with, “Eww Daddy, Karate is for boys!”

One Saturday during mid-afternoon Lara and her father were walking down Steinway Street, and he said, “There’s a ballet school on the 2nd floor of that building, would you like to go watch for a while?” Lara was, of course, ecstatic by his offer and immediately agreed. What she didn’t know was that her father had been to this particular building a few weekends before. They walked into the corner building of Steinway St. and Broadway and began walking up the first flight of stairs. Lara’s eyes widened as she excitedly kept walking, and then another flight of stairs, and another. She soon started wondering, “Wasn’t the ballet sign on the 2nd floor?”

Her father finally approached a door on the 3rd floor, which jingled as it opened, and she soon discovered and said “Dad! This is a Karate school, NOT a ballet school. “Where’s ballet school?” He ignored her and led her to the seats across the room where people were observed, as a class was already in session. She asked again, “Dad?” he responded simply, “Shhhhh! Just watch.” Disappointed and annoyed realizing she had been tricked, she decided to just listen to avoid getting in trouble. The class appeared to be a children’s class, even kids her age were taking the class. As it came to a close, she asked, “Can I try?” Her father immediately brought her to the office to sign up for an introductory class. 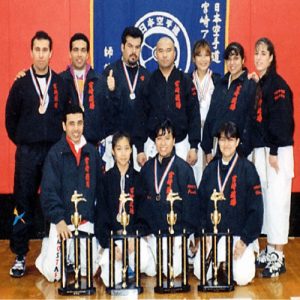 Lara began studying Karate at the ripe age of nine years old. Karate brought her a strong sense of confidence and discipline. She evolved from being the shyest kid in school to one of the friendliest kids in school. Throughout, high school she was involved in a number of extracurricular activities and excelled in them as well, such as volleyball, softball, Student Council, and National Honor Society President to name a few.
Karate gave Lara a competitive, but sportsman-like attitude. Everything in life she could relate to Karate, whether it was a sport or an outlook of a situation, it definitely allowed her to use mind, body, and spirit in everything she attempted. She also entered Karate tournaments and was very successful in her career as a competitor. This taught her how to strive for what she wanted, never give up, and to have goals and aspirations, not only in Karate but also in life.
Lara is currently enrolled in Medical School and Bio-Medical Research groups. April 2010 will be her 15th year anniversary of studying Karate and has never thought or mentioned ballet since that one Saturday morning. 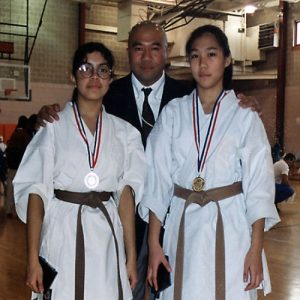 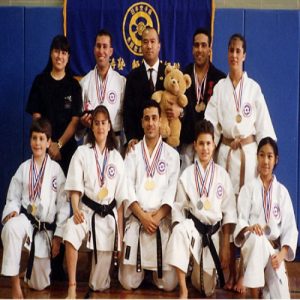 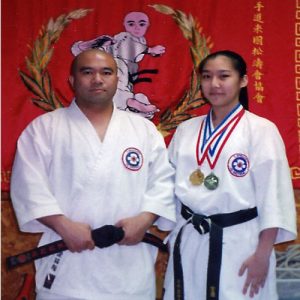 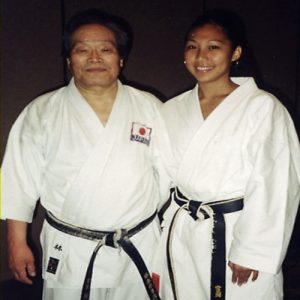 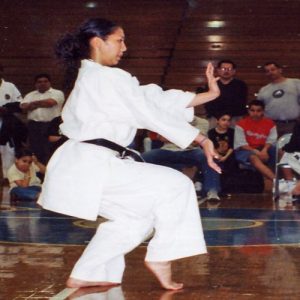 “I love Karate for what it has done for me and my life. No matter how long you stay away because of school or work the dojo always feels like home. I don’t think I would feel this way about any other dojo, any other classmates, or any other Sensei. I consider myself E X T R E M E L Y fortunate.”
Lara L. Diaz