Since the early 1970’s, Shihan Kai Leung had been involved in teaching Martial arts to others. Shihan originally started teaching in Manhattan and when he moved to Queens New York, taught at his high school karate club, becoming the president and head instructor. He later taught at Long Island University’s karate instructor certificate program for more then fifteen years. From 1976 to 1978, he founded and taught at the Whitestone Dojo. From 1978 to 1982, he became the assistant instructor for Master Toyotaro Miyazaki’s Tokutai Dojo in Flushing New York. 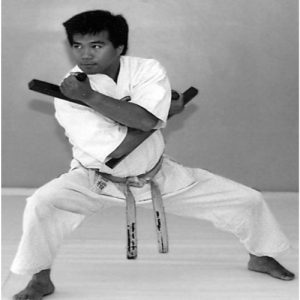 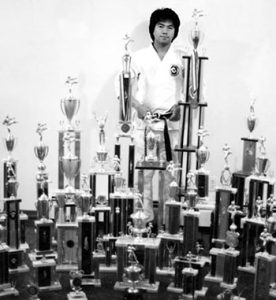 For over fifteen years of Karate competitions, Shihan made a name for him self as a tournament Champion and with years of experience, created many champions. Shihan has seen and helped generations of his students become successful leaders and role models. 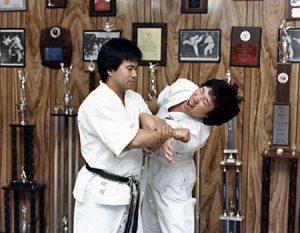 The Miyazaki Dojo Astoria Honbu was founded by Master Miyazaki and Shihan Kai Leung in 1982. Shihan Kai Leung devoted many years to teaching the Martial Arts and thru perseverance created a Dojo known for producing generations of well train students and Karate Champions. Many of his first, second and third generation black belts still practice the art and is assisting Shihan in running the Dojo.

Karate is the Martial Art that is practiced on Okinawa and later introduced to mainland Japan by Master Gichin Funakoshi. Depending on how you write the Kanji “Chinese” characters, Karate can be translated as either Chinese hand or Empty hand.
On Okinawa, the main styles of traditional karate are Kobayashi Shorin ryu, Goju ryu, Matsubayashi Shorin ryu, and Uechi ryu. On mainland Japan the main styles of traditional karate are Shotokan ryu, Goju ryu, Shito ryu, and Wado ryu.
Shotokan ryu Karate-do, being the most popular style of karate in the world, emphasize rigorous physical training to developing the clean linear and powerful focus techniques that we see today in the style. The style tends to be very well structure and organized in it’s instruction. It emphasize the practices of striking techniques with the arm and leg plus blocks, evasions, and a strong offense as a defense.
Shotokan ryu Karate-do, is one of the most popular Karate style, practiced all over the world by millions. Shotokan ryu Karate-do can be practiced as a form of self defense as well as for sporting. 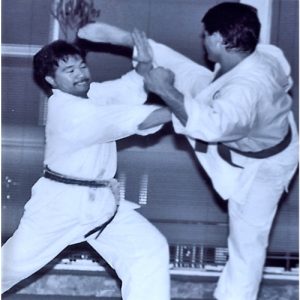 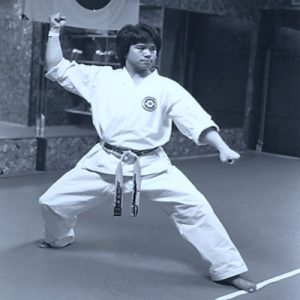 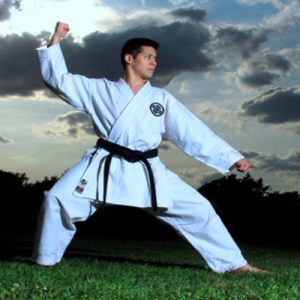 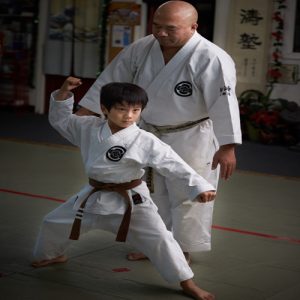 Champions of the past and present working together to shape the champions of the future To search for the old is to understand the new. The old, the new. This is a matter of time. In all things, man must have a clear mind.
The Way.

Besides the style Shotokan ryu Karate-do, Shihan Kai Leung is also a long time practitioner of the Goju ryu Karate-do system. Goju ryu is a major style of Karate in the world. The style was founded by Master Chojun Miyagi. His teacher Master Kanryo Higaonna studied the Martial Arts in southern China and help introduced the fighting arts to Naha Okinawa. The style is base on White Crane Monk Fist Gung fu found in Fukien Province. The style tend to emphasize hard and soft techniques, rigorous body conditioning, throws, and joint manipulation. In the early 60’s, Shihan was introduced to this system by his older brother, Master Kwok Leung a devoted practitioner of the style.